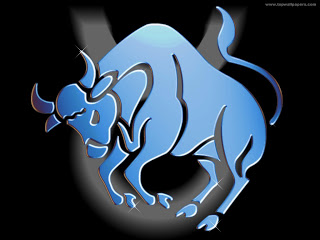 Taurus Secret Desire: To have a secure, happy and wealthy life/marriage.

Description:
Underneath their cool, calm and collected exterior, Taureans differ greatly from all the other signs of the zodiac. Taureans manage to discreetly stay apart from the crowd, even though they have a well-earned reputation for being socialisers. They will let others get close, but only so close as they want them. Some claim that trying to get your point across to a Taurean, should they not want to hear you, is rather similar to talking to the trees – they simply won't budge. And, there is no such thing as an open-book Taurean. Their feelings, fears and desires often run far deeper than anyone around them would guess. Like the butterfly that chooses to remain hidden in its cocoon until it is ready and prepared to emerge, so the true Taurean spirit remains hidden behind a veneer of day-to-day activities. That's why Taureans are sometimes regarded as snobby, withdrawn, boring, or even sulky.

The truth is, when Taureans manage to operate very adequately on their own form of automatic pilot, they can switch off from the world around them very efficiently. And when they do switch off, they are actually gathering in their inner reserves to deal with the outside pressures. This sign is also very closely connected to 'feeling good'. Most Taureans like their creature comforts and hate change because it takes them out of their automatic pilot condition of separating themselves from the world around them.

Because they hate to be put in jeopardy of any kind, this is the sign that strives to create tomorrow in advance, rather than leave it to fate. In love, Taureans are regarded as extremely sensual beings. An earth sign, they deal well with the personal, physical senses and consequently all the pleasures associated with what they can see, touch, smell and taste, add up to a special delight to them. Often nature and pet lovers, Taureans are closely associated with all things off the earth and nature.